Our kids tend to spend a significant amount of time on these social media powerhouses. We’ve talked about cyberbullying in a previous blog post: What is Cyberbullying? And, now I’d like to dive deep and share some ways to stop it from happening in your area!

Social media sites are meant to be a fun way to keep in contact with your friends and family… However, cyberbullying has become more and more popular for kids to humiliate, embarrass and belittle others. If your child has experienced this type of bullying, or if you suspect it’s happening, you should take it very seriously.

We must act on this now! Let’s talk about some essential tips that will help stop cyberbullying in its tracks!

Tip One: Discourage your child or student from responding – As tempting as it may be 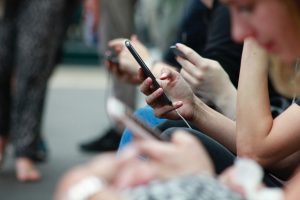 Of course your child will want to defend themselves, maybe they’ll want to pop off something mean or embarrassing about the attacker to give themselves the upper hand. Remind them that all this is going to do is keep the cycle going.

Advise them to save all the messages and pictures used against them. Keep in mind that a bully wants to get you out of character, and responding only adds more fuel to the fire.

By not getting involved with the back and forth and trying to retaliate, they’re taking a good step forward to eliminating it from happening again. Remember to let them know that this DOES NOT mean that they’re a coward, or that the bully has won.

It simply means that they’re showing more maturity in the situation and that they’re being the bigger person.

Tip Two: Try to identify the person or group who are doing the bullying and take notice if the actions or behavior breaks the law

Using inappropriate language or photos violates the terms of social media sites, chat rooms and IM service agreements and the bully may be banned from using these services if they’re reported.

Sometimes they’ll steal passwords and accounts, which is called hacking, and is also illegal. However, it’s possible to block most attacks and threats made on cell phones and computers. Social media profiles and phone numbers can be blocked within the security settings of the account and your child or student will not continue to receive inappropriate or violent messages.

Bullies can go the extra mile and assume new names, but chances are they’ll lose interest if they are continually blocked.

Tip Three: If the bullying occurs at school, you should contact the school’s administrator

This way, they can take action of their own to stop it ASAP. Sending unhealthy, or violent and threatening messages (over the phone in class for example) are considered some ways of bullying. It’s against school rules, and action will be taken if it occurs on school property.

Once your child or students actions are made off the property, there’s little the schools can do if the cyberbullying continues to happen.

Depending on the circumstances, you may be able to still take legal action and stop it from occurring.

Tip Four: Get the other parents involved 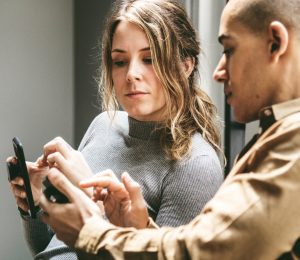 Sometimes the cyberbully will be anonymous, but if you know their identity, get their parents involved!

Now, I know this is easier said than done but try your best to explain the situation and circumstances in a non-confrontational manner. Chances are they may not even be aware that their child is involved in harmful behavior towards others online, so it’s a high probability they’ll be willing to help.

If you have proof of the instances, show them to the parents so they can see what’s going on.

Tip Five: Get INVOLVED and do not assume this is a normal part of growing up – it’s NOT

Children aren’t often aware of the damage that can occur because of cyberbullying.

To them, at the time it’s just harmless fun and they’re not realizing the damage caused to the victim. The behavior will continue if the adults don’t step in to educate them on the harmful behavior and stop it. Even if children know the damage they can cause, chances are they’ll not stop until we act.

Again, as we wrap things up

If cyberbullying is severe enough, it can be against the law. If it’s harassing, threatening, or contains unhealthy images, you should contact authorities.

The most significant part is to make sure you act as the adult when made aware of your child being bullied online. An even bigger piece of this puzzle is educating your child on how big of an issue it is and how it’s not a game. Sometimes the cases of cyberbullying can get out of hand and have serious consequences.

We do NOT want it to make it this far because the massive audience that it can attract is much worse than traditional bullying and can permanently damage a child emotionally. Our kids must know this!

Hopefully, you found this post informational, and it motivates you to stop cyberbullying. I’m here for you, and I look forward to hearing from you and getting the opportunity to come and speak on this topic of cyberbullying at your next event.

Lastly, I invite you to remember this: Tomorrow is yours to create, don’t limit yourself!